Doug Ford’s Progressive Conservative party won a resounding majority in Thursday’s election after promising to restore ‘respect for the taxpayer’.  Too bad for the 2-million children who attend Ontario’s publicly funded schools that no respect was promised to them.

A full listing of elected MPPs who signed the Fix Our Schools Pledge can be found at: fixourschools.ca

Overall, 47% of the MPPs who will be working for Ontarians at Queen’s Park in the coming four years committed to ensuring Ontario’s schools are safe, healthy, well-maintained buildings that provide environments conducive to learning and working. (30% of elected PC MPPs, 80% of elected NDP MPPs and 43% of elected Liberal MPPs signed the Fix Our Schools Pledge.)

“We need a province-wide Standard of Good Repair for schools and adequate, stable provincial funding for school boards to meet those standards within a set timeline of four years.  – Stephen Seaborn, Campaign for Public Education

“The fact that 58 of the newly elected MPPs signed the Fix Our Schools Pledge clearly shows that that school conditions are an important issue. We certainly expect this next provincial government to step-up to address the $15.9 billion in school disrepair and to institute a measurable standard of good repair for the buildings in which 2-million Ontario children spend their days. We cannot allow children in Ontario to attend school in buildings that have crumbling walls, leaking roofs and generally unsafe conditions anymore.”  – Krista Wylie, Co-Founder, Fix Our Schools 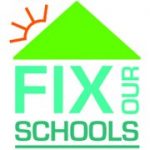