It has been a thoroughly rotten week for the Toronto District School Board. Its much-admired education director, Chris Spence, has been caught plagiarizing. Its fiscal management is under scrutiny from the provincial government, which sent in consultants this week to help fix things. And, oh, its elementary-school teachers, like their colleagues around the province, are planning to walk off the job on Friday to protest draconian legislation imposing labour contracts.

So it is no wonder that the mood was sullen when board trustees met Wednesday evening in an emergency session. Just before it got under way, Mr. Spence addressed reporters in the North York office building that serves as TDSB headquarters. The walls of his office are hung with pictures of Martin Luther King Jr., Barack Obama and Nelson Mandela, inspirational figures for a guy who came to Canada as a young black immigrant from the United Kingdom and built a career first in football, then in education. Mr. Spence looked shaken as he read from a long and abject apology, posted earlier on the board’s web site, for plagiarizing parts of an opinion piece published in the Toronto Star.

Minutes later, in the boardroom downstairs, board chair Chris Bolton announced that trustees would meet again within days to discuss what, if anything, to do about the Spence issue. In the meantime, it has other troubles. Earlier this week, Mr. Bolton sent a strongly worded letter to the Education Minister, Laurel Broten, complaining that she had put the board in an “untenable position” by imposing a contract deal on the board’s skilled-trades workers. That, said Mr. Bolton, prevented the board from making changes that might have saved it millions.

Relations between the board and Queen’s Park have been souring for months.The provincial government froze the board’s capital spending on new projects after revelations about cost overruns in the renovation of Nelson Mandela Park Public School. A consultants’ report found that the board could save millions by cracking down on absenteeism, making better use of underutilized school properties and doing a better job with procurement. To help get the board’s finances in shape, the government offered a Special Assistance Team of advisers.

All this is bitterly resented by the trustees. Mr. Bolton’s harsh letter was the expression of anger that has been simmering for some time. The way many of them see it, the province imposes financial responsibilities on the board such as all-day kindergarten, fails to supply enough money to pay for them and then blames the board for failing to balance its books. 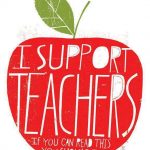