Schools are falling down around their students’ heads

Posted September 4, 2018
In Education policy, Public Education News
Schools are falling down around their students’ heads2018-09-042018-09-06/wp-content/uploads/2018/01/cpe_logo_oct14-e1515684102151.pngCAMPAIGN FOR PUBLIC EDUCATIONhttps://campaignforpubliceducation.ca/wp-content/uploads/2018/09/central_tech.jpg200px200px
At Clinton Street Junior Public School, in the heart of downtown, elementary students play and run with abandon across a schoolyard that looks as sweepingly vast and frankly formidable to me now as it did decades ago when I was one of those kids.

I preferred the pre-1996 version of Clinton, one of the oldest in Toronto, established in 1888, a Gothic pile of bricks with separate “boys” and “girls” arched entrances, which would probably run afoul of transgender and non-gender-conforming sensitivities in a more enlightened — or hypersensitive — era.

From the outside anyway, this present structure looks fine.  On the inside, not so much.

A bit further east, College and Bathurst Sts., at King Edward Junior and Senior Public School — Grades 7 and 8 for me — estimated cost for repairs: $8,976,434.

But King Eddy got a little lucky when the to repair-funding cuts bit, with Queen’s Park — the Premier Doug Ford government — in July cancelling $100 million earmarked for the purpose province-wide. Work had already begun on projects and those were permitted to continue. Construction rigging still sits on the property.

A couple of high schools that loomed large in my youth:

Central Tech — once the biggest technical school in the British Empire — architecturally gorgeous and ringed by shade-offering trees: A whopping $54,103,662.

The Toronto District School Board alone lost — at least pending further study by the Ministry of Education — its $25 million share of that aforementioned $100 million, which in any event wouldn’t go far at the 583 schools under its administration. At this point, the board has a $3.4 billion repair budget backlog. Across the province, the backlog budget is about $16 billion for some 4,900 publicly funded schools.

These are the places where your kids — some 2 million of them — spend the bulk of their waking hours. Both their safety and their comfort should be top-of-mind for elected officials.

So that, just as an example, this won’t happen: Two students injured at an elementary school in the north end last April when hot asphalt leaked through a gymnasium roof.

Not as sexy an issue, perhaps, as the sex-ed curriculum, which has seized the public imagination and editorial writers since Ford — as vowed during the election campaign, in a move clearly designed to appease social conservatives — repealed the modernized 2015 curriculum, initially intending to replace it with the 1998 version, which doesn’t contain a word about sexting, consent, gender or same-sex families. A do-over, more studies, Ford declared. An “interim” curriculum has since been provided for teachers, who are subject to a “snitch line” if they dare colour outside the lines.

On Tuesday, the Elementary Teachers’ Federation of Ontario said it had filed for an injunction to stop the government from forcing the dated sex-ed curriculum on educators and also to squash the snitch line. As well, the powerful union has filed for intervener status in a case filed by parents of LGBTQ youth with Ontario’s Human Rights Commission, just from of a clutch of legal challenges brought against this government over various acts and policies.

Ford and his cohorts are fundamentally shape-shifting the lives of Ontarians and, of course, most particularly how the city of Toronto conducts itself.

Yet a government that is all the time yammering about families and what parents want seems profoundly deaf to the quantifiable needs of kids at schools that are literally falling down around their heads.

“There are so many plans that have been put on hold by an announcement that came out of nowhere,” says NDP education critic Marit Stiles, a Toronto MPP and a school trustee before that. “A hundred million was a drop in the bucket anyway but it’s still a lot of money that’s not there anymore. They talk about families. Well, families have been calling for years for money to deal with the repair backlog, for safe schools. How much more does this government have to learn?

“They absolutely should come back immediately with a commitment to restore these funds.”

Stiles will hold a news conference with parents on Wednesday to address the high temperatures in schools — especially portables — with no air conditioning as kids return to classes amidst a September heat wave, just as they suffered through suffocating temperatures at the end of term last spring.

The current funding crisis cascaded from Ford’s scrapping of the provincial cap and trade program and the Greenhouse Gas Reduction Fund. Boards planned their budgets in April, assuming that $100 million would be there, some seven per cent of the overall $1.4 billion from the government, a significant jack-up over the past couple of budget cycles under the Liberal government, after the provincial auditor had taken up the cause of school repairs.

“It was a case of too little too late,” explains Krista Wylie, co-founder of Fix Our Schools, which began four years ago as a group of concerned parents sitting around her dining room table.

“That money has covered the cost of doing just routine maintenance. But there was a continued increase in overall disrepair from 20 years where they hadn’t happened, where boards were getting an average of one-tenth what they needed for the backlog.”

The $100 million came with restrictions. It couldn’t be used for roof repairs, for example. Boards had plans to spend that money on such necessities as new boilers, electrical maintenance, lighting, mechanical work and to repair windows.

These are not luxury items.

“Because the funding is so inadequate, we don’t do anything that’s not an emergency,” TDSB chair Robin Pilkey told the Star. “We’re not like homeowners. We’re reactive, not proactive.”

Wylie notes that if the education system was run as a private enterprise — which she is in no way advocating — funds allocated for basic maintenance would run to between two and four per cent of the value of those assets. “Just to take care of what you already own.”

That’s nowhere near what schools have received for repairs, even at the most generous Liberal standard.

“Everybody blames everybody else,” says Wylie. “Conservatives blame Liberals. The government blames the boards for waste-waste-waste. It’s a little disingenuous to turn around and blame them when you haven’t given them the money to do all that work over the years.”

Surely it shouldn’t be a contentious issue. And, in fact, it isn’t.

“Really, everybody agrees on this,” says Wylie. “Whether you’re a left-leaning young person or someone like my dad, who’s 76 and has always voted Conservative, but has a grandson who has to wear a coat inside class in the winter because it’s so cold.

“It just needs money to fix.”

Fifty-eight of the MPPs elected in June had signed a Fix Our Schools “pledge,” ensuring a standard of “good repair” would be developed for Ontario schools and the backlog eliminated.

Twenty-three of those pledgers are members of Ford’s Progressive Conservative government.

One of them is Education Minister Lisa Thompson.

Rosie DiManno is a columnist based in Toronto covering sports and current affairs. Follow her on Twitter: @rdimanno 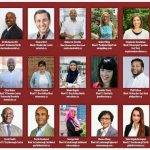