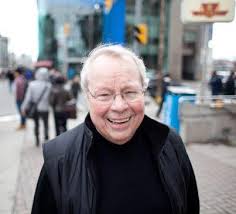 In the unlikely event that Crombie were ever to settle on just one cause, it might well be “community hubs” — using a single property to house the local school, daycare, swimming pool, community centre, health centre and library, as well as other city services.

Places like Seattle have embraced that approach; Toronto, not so much, where instead various institutions tend to occupy their very own sliver of land.

There are numerous advantages to combining functions, not least the convenience of a kind of one-stop civic shopping.

“It’s more efficient to do it that way and it strengthens the community,” says Crombie.

It would also help break down the silos that separate government functions at all levels from one another. But Crombie says you’d have to force the issue for that to occur.

“If you say we’re going to fix it so there are no silos, you’ll spend forever on internal papers and internal committees and everybody will just hold on to their turf.”

If, on the other hand, the province were to put its muscle behind community hubs with site-specific initiatives, the various groups would have no choice but to work together.

“They’ll be pushed, and they’ll break down the silos by building up,” argues Crombie. “If you make it site-specific, then people actually have to work toward a real goal. Slowly, you’ll break down those barriers.”

There is, after all, a fiscal attraction for everyone involved.

The school board, city and province all own massive amounts of real estate in Toronto. What if, courtesy of community hubs, you could free up all the now-redundant real estate left over?

“You take all the land that those three have, the waste in terms of land and money at a time when everyone’s talking about getting money,” says Crombie.

“You’ve got surplus land like crazy. We’ve got money lying in the street, not being used.”

His efforts to highlight the cause have, he admits, stalled a bit of late, but Crombie says he wants to go back at it in earnest, which mostly means spreading the word to as many contacts as possible, trying to build a groundswell of interest.

“It’s creating a constituency,” he says. “Constituencies aren’t given to you. You have to go and get ’em. It’s grassroots. It’s working at all levels and we’ve started.”

If this all sounds a bit like wartime Swansea, then it’s a tribute to how much the sensibilities of that little community between High Park and the Humber River have imprinted themselves on Crombie. 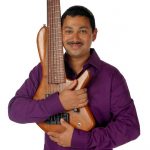 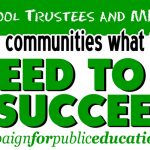 Severance payloadSave Our Schools, The public board -TDSB