The false economy of selling off our school property 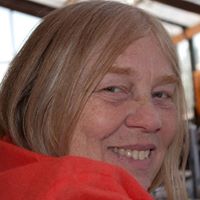 School sales activist, Janet Bojti, addressed TDSB Monday on behalf of CPE.  “I’m a retired school board worker.  I taught ESL to adult students at the former Toronto Board of Education and the TDSB.   I am a member of the Campaign for Public Education.  I have followed school closings, land severance and the sale of Board property since 2008.  Tonight I want to address two issues: first the plan to increase the sale of school property and second, the plan to reduce the democratic role of school trustees as outlined in the Wilson Report and in the Minister’s 13 directives. The Campaign for Public Education believes these two measures are detrimental to giving Toronto’s students and communities what they need to succeed.

School Closings:  I have been following school closings, land severances and the sale of publicly owned school properties since 2008.  The accelerated closing of schools is clearly the central motive of the Ministry directives.  Rather than taking steps to adequately fund public education in this province through the promised revamping of the Ministry’s flawed funding formula, we are told to close and sell our schools.  These schools were built with the taxes from generations of Torontonians and held in trust by a publicly elected school board to serve future generations of students and communities.

Closing a school should be a rare occurrence.  Twenty years ago and before that, a school was closed if the local demography lowered enrollment or changes in land use reduced the student population to the point where the school no longer viable.  It was never a hasty decision.  Then the building was leased out until such a time as the local community once again needed a neighbourhood school.  Leasing the school site gave the board flexibility to cope with an ever changing urban landscape.   It was even modestly profitable.

However, the wholesale  closing of schools by the score to raise funds for outstanding building maintenance or balancing the budget is squandering the inheritance.  Once a school’s gone, you don’t get it back.   The Wilson Report identifies 133 schools as possible candidates for closing.  That’s fully one quarter of Toronto’s schools.

The TLC website now informs us it has sold 60 properties and is leasing 27 school sites.  What it doesn’t say is how much money was raised.   However, at a packed public meeting in the fall of 2013, in Etobicoke,  as a community was expressing anger at losing their local child care centre located in Vincent Massey P.S.,   Shirley Hoy, then director of the Toronto Lands Corporation told the meeting that the TLC had “sold 58 properties and generated $ 338 million.”  This tells me the average school property went for about $6 million.  Six million is the figure TDSB planning staff gave out at public meetings when asked how much they thought the sale of a school site would bring in.  I learned from Board meeting documents from several years previous that the construction of a new school at Meadowvale was estimated at $15 million.  Please note that the replacement cost of a school and the land to build it on would be well over three times the amount generated by the sale of one school site.  Even if the board were to sell all 133 schools identified in the Wilson Report and the province were to match dollar for dollar the income generated, it would come nowhere near the amount needed to redress the Board’s $3 Billion maintenance deficit.   Selling publically owned school property is not just shortsighted.  It’s futile.

The Democratic Role of Elected Trustees

The Wilson Report and the Minister’s 13 directives are an outright attack on the democratic makeup of school boards.  The elected officials at the top are parents and the community’s last resort when they believe the bureaucracy is working against them.  Taking away essential office space and part time assistants render trustees virtually unavailable to the public and to Board staff.  This situation is untenable.   Do we expect M.P.P.s to attend to the needs of areas with 125,000 constituents with one cell phone, and a lap top at their kitchen tables?

The role of school trustee predates confederation.   Kathleen Wynne was quoted as saying that school boards are, “the only level of government whose job is to look after the needs of children.” If she still believes this, then her course of action should be to scrap the funding formula designed to strip the board of its assets and replace it with one that will give students what they need to succeed.   If she still believes this, she will understand that the trustee’s role is to advocate for children and communities.

Finally, I’d like to take the Board down memory lane to the days before 1998 before amalgamation was forced on the city and its school boards.  Those trustees as old as I am will recall a time when school boards had the power to levy municipal taxes.   For well over the 100 years of its existence, the former City of Toronto- today’s downtown and midtown areas- developed a close interdependency between the municipality and its school board.  It built the school pools.  It ensured school gyms and playing fields were available to community groups at affordable rates.   City sponsored recreation activities relied on school facilities.  The city located outdoor rinks and tennis courts on school properties.  Because school budgets were derived from local taxation, the school board reciprocated with programs that met community needs.  They provided hundreds of adult education programs that enhanced the quality of life and gave life- long learning to thousands of Torontonians.  Every August a thick catalogue landed on every downtown doorstep with an array of low cost courses to choose from.  Seventeen years ago our downtown schools were community hubs long before the term became fashionable.   And they balanced their budget every year.

The trustees championed these community-oriented programs and they also ushered in some really innovative ones like the parenting program and international languages.  They did so in direct response to community requests.  We could have this again- right across the city.  If only there were unity and the political will among you.  Now is the time for solidarity so each of you- publicly elected trustees stand together and demand that the provincial government: