Mr. Fine was a member of the first group of parents to sit down last week with Toronto District School Board (TDSB) staff to list all their gripes with public education at Canada’s largest school board, and brainstorm ideas on how to make it better.

Parents had a lot of complaints about the school system – classes too big, jargon-laden report cards, holiday traditions killed by political correctness – but they also had a lot of innovative ideas: marks for character rather than just for academic achievement; year-round learning; four-day school weeks; student apprenticeships with local trade workers; and self-directed learning programs, to name a few.

Larger community-wide consultations – the largest the TDSB has ever undertaken – will begin this month, and school-board staff will pull the best and the most commonly repeated recommendations into a report before Christmas holidays. The report will form a key part of the TDSB’s strategy to shake a reputation as the Ontario Ministry of Education’s delinquent child.

Board staff are calling it the “K-to-12 Strategy” and the consultations are, at their most basic, a Trojan horse for school closings.

The government has been nagging the TDSB for years to save money by closing some of its half-empty schools.

Funding for new school buildings was frozen last month after the ministry found that the board was going over budget on 25 per cent of its construction projects. Closing schools in Toronto is harder than anywhere else.  Many of the TDSB’s 22 trustees were elected on a stop-school-closings platform, and few Canadian cities boast more politically active and media-savvy parent population than Toronto.

Rather than consulting parents on which schools to close, the TDSB is consulting them on what schools could do better. The new programs and ideas emerging from these consultations will undoubtedly cost money, and selling off half-empty school buildings will generate millions of dollars.

“Inevitably, it’s going to lead to consolidations,” said Education Director Chris Spence. “But let’s start with the students and what kind of opportunities they need, regardless of where they are in the city.”

The anti-school-closing activists haven’t turned up to any of the consultation meetings – yet. Dr. Spence said he is waiting to see whether they show at the first community meeting scheduled for Nov. 6, at Sir John A. Macdonald Collegiate Institute.

He is hopeful, however, that the brainstorming will continue, and that it won’t be derailed by talk of school closings.

Dr. Spence’s best hopes for a civil discussion have been dashed before. Community meetings disintegrated in yelling matches and residents accused the TDSB of institutional racism in 2009 when the board considered closing schools in the Jane and Finch area. (The board backed off, and decided not to close any schools there.)

Three years later, the TDSB’s revamped approach seems to be working, and consultations have gone smoothly (so far). The board has consulted with all of its 1,100 principals, and with parents in three community wards. There will be six larger community-wide consult sessions held this month, and the TDSB is inviting anyone to answer its survey questions any time on its  website.

At a parent consultation meeting at Hodgson Senior Public School, near Mount Pleasant Road and Davisville Avenue last week, four mothers and a high-school vice-principal sat around a table debating how TDSB schools could be more equitable.

“Why is it that some schools allow cell phones and some don’t?” said Cindy Wasserman, the mother of a junior-kindergarten student. She worries that schools aren’t doing enough to limit students’ screen time.

“Banning them doesn’t really work,” said the vice-principal, Robert McIntosh, who tackles this problem daily at one of the TDSB’s larger high schools, Northern Secondary School.

The conversation zig-zagged from topics such as incorporating active movement in the classroom, to expanding co-op programs at the high-school level, to putting air conditioning in school buildings.

Carolyn Meacher, a mother of two who acted as the note-taker for her group, said it was refreshing to see parents talking about education in a more visionary way.

“It should be, but it’s not the conversation that happens at parent council nights,” she said.

Ms. Meacher was the parent who introduced the idea of assigning marks for character. Schools such as the Knowledge Is Power Program (KIPP), in the U.S., assign marks for personality traits such as self-control, optimism and grit on student report cards.

Mr. Fine discussed the idea of using Khan Academy, a popular video tutoring site, to introduce flipped classrooms in which students watch tutorials on line at home, and then devote class time to problem solving and assignments.

Like Ms. Meacher, he was encouraged by the creativity of the discussion at his parent consultation session, which was held at Lawrence Park Collegiate earlier in the week.

He said better access to unique programs makes the idea of closing under-utilized schools more palatable. The key, he feels, is that the TDSB take parents’ recommendations to heart.

“The feedback needs to be utilized so that it’s not just lip service,” he said.

What could your kids’ school do better? TDSB wants to know 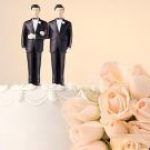