“Governing is about priorities. Students can’t help but notice they aren’t high on the list.”    David Suzuki June 2012

The Campaign for Public Education has closely examined Ontario’s Bill 115 and is, frankly, appalled with this legislation that will extract more than $2 billion from education funding.  It was not done to expand or consolidate programs or services – the stated purpose was to “fix the deficit”.

This runs counter to what many (including the Campaign for Public Education) have long maintained:  in order to give students what they need to succeed, a major infusion of public funding is required.

The province is running a deficit because revenues have been diminished by a series of cuts to corporate and personal income taxes.  Ontario leads the country on these cuts.  In fact, our province currently funds education at the lowest rate in Canada. [Ontario Ministry of Finance, Ontario Budget 2012]

Even though the provincial government did not implement the last scheduled tax cut, student success is shifted further down the priority list by Bill 115.

CPE cannot see how student success will be improved by legislation that overrides the democratic governance of locally elected school boards and thereby reduces a board’s capacity to respond effectively to local learning conditions.

Toronto parents expect school boards to protect the quality of education in the classroom and to insure the future of a sound public education system.  Instead, the Premier has outflanked Mike Harris and Ernie Eves in marginalizing our local school boards.

Over the past decade, CPE has campaigned for equity & excellence in public education.   For Toronto students to succeed in the 21st century, Ontario needs to make public education a top priority by re-establishing the democratic governance of school boards and by securing the funding needed to give our students what they need to succeed.

CPE is an assembly for exchange, coordination and advocacy composed of Toronto community groups and organizations campaigning to

researchers. CPE insists that the necessary resources be allocated from our public taxes to support the lifelong needs of all learners. 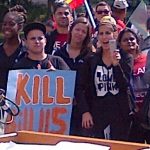 Education “too important to arbitrarily overhaul just to save a buck.”Education matters, News